I like to cycle, I do that often and from time to time I have fun with traffic participants. One of the interesting challenges are multi-lane crossings (note to my overseas readers: Singapore follows the British system of driving on the left, so cyclists are supposed to cycle on the left edge of the road - which makes me edgy in some situations. So for right driving countries, just flip the pictures) where the outer lane allows more than one direction. Like these: 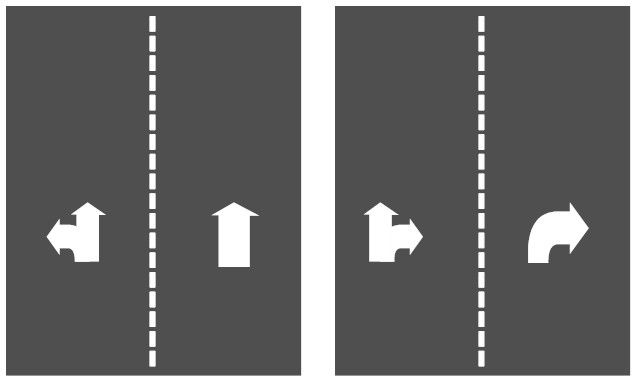 Road rules do require the bike to stay on the left (I didn't find the cycle symbol in SmartDraw, so I used a motorbike, just picture me on a bike there). 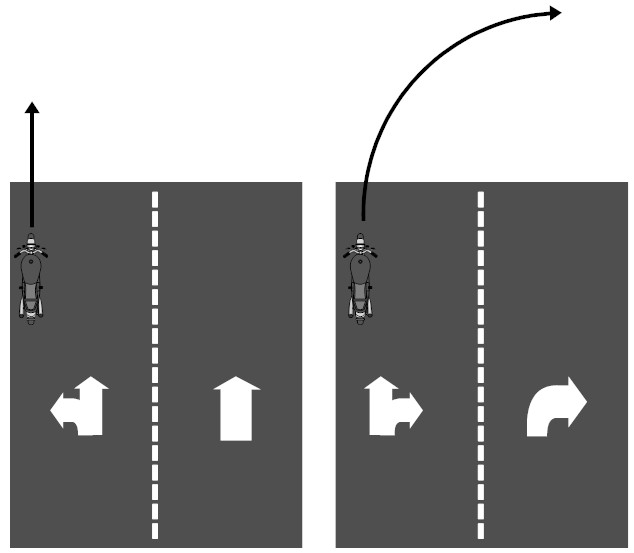 What then happens, I've seen that quite often, is a vehicle closing up next to the cyclist. After all the reason why we stay on the left is not to obstruct other traffic. But that's Roadkill waiting to happen. I've been kicked off a motorbike once (got my shoulder dislocated) because a car felt it is ok to turn right when I was right of it. So I'm sensitive to this problem: 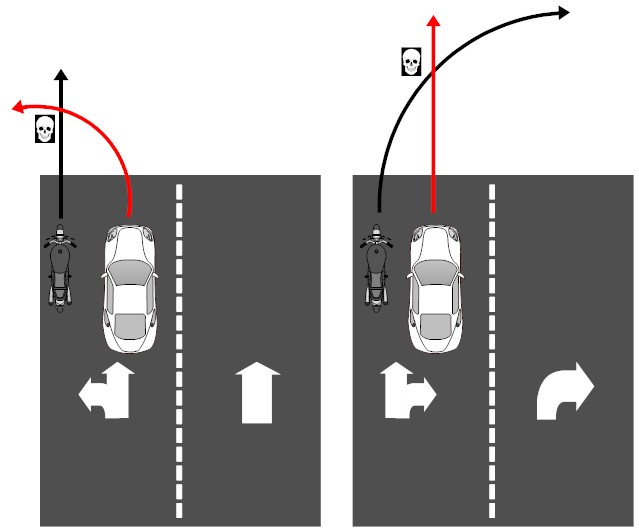 As a result, when there's more than one lane in the direction I need to go and there is ambiguity where traffic in the same lane might be going, I make sure, that it won't happen by occupying the same space as "the big boys". I however pick my trajectory in a way that I end up at the left edge once I cleared the crossing: 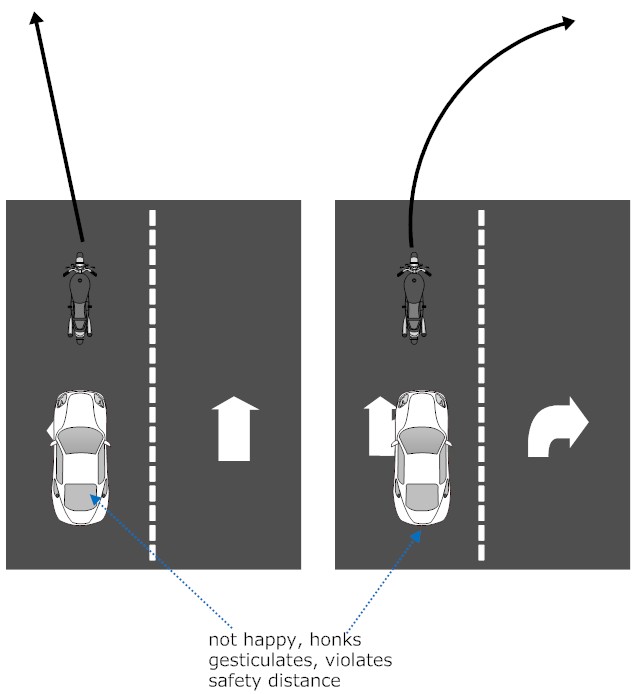 Unsurprisingly some of the motorist aren't happy, after all they loose 2-3 seconds on their journey. So I wonder: is there a better way? Is that behaviour compliant with traffic rules? What do all these rude sounding Hokkien terms mean I do hear?